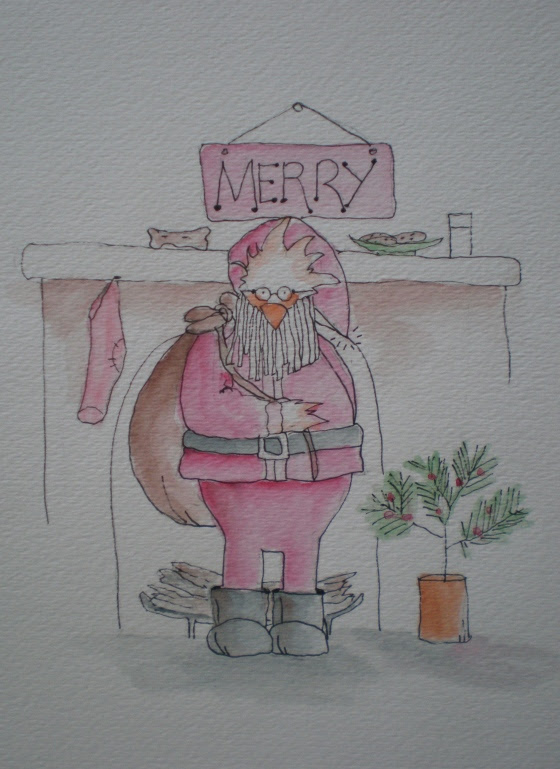 It was the Night Before Chickmas when all through The Coop
The chicklets were playing with their hula-hoops
Some stockings were hung by the chimney with care in hope that St. Chicklaus soon would be there
The Chicklets were nestled all snug in their beds while visions of cornbread danced fast in their beds
The hens in their kerchiefs, the roosters in caps, didn’t have time for a long winter’s nap
When out on the law there arose such a clatter they ran to the window to see what was the matter
And what to their wondering eyes did appear but a miniature sleigh and one tiny reindeer
As they drew in their heads they heard a new sound and there was  St. Chicklaus when they turned around